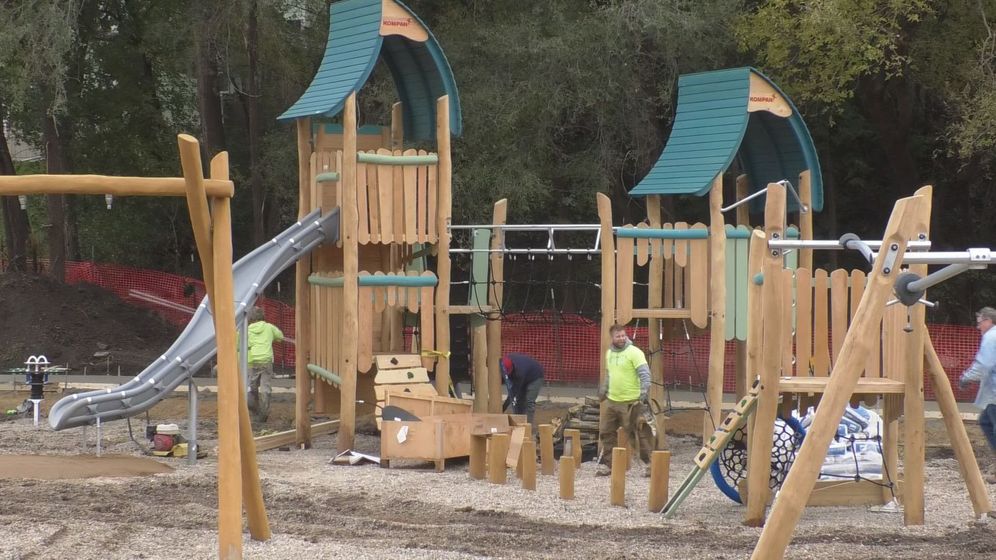 MANKATO, MINN – The Lincoln Park neighborhood in Mankato is a historic place.

Now, you’ll see a brand–new, state–of–the–art, rustic playground nearing completion for people of all ages to play on.

“The city gave us a couple different points that they wanted us to try to accomplish,” said Andrew Pudwill from Ultimate Playground. “One, a playground that has a rustic, natural feel to it. Then they mentioned they want it to be very inclusive so for people that have all kinds of physical abilities and then also all ages.”

The all natural look, for good reason, is what stands out as drivers pass by on Stoltzman Road.

The wood is harvested and shaped in the Czech Republic by a company that specializes in playground equipment.

“It’s what is called Black Locust Wood,” explained Pudwill. “It’s a very dense, natural and hard wood. Because it’s so dense it has a very long life–span, it does very well in wet conditions and insects don’t like it because it’s too hard for them to actually eat into.”

This playground is the result of over two–years of planning by the Lincoln Park Neighborhood Association.

They listened to what members of the neighborhood wanted, created a dream list and ultimately determined what was possible and what wasn’t.

“This neighborhood, which is on the national registry for historic places, has approximately 800 addresses and we’ve never had a real park,” explained Drew Campbell of the Lincoln Park Neighborhood Association. “You know we have the Lincoln Park which is a historic little park, the triangle, but we’ve never had one where families can go, kids can play, have a picnic, throw a ball or throw a Frisbee.”

Most of the volunteers that helped put the playground together are from the Lincoln Park Neighborhood, so the addition to the area is already a hit with the locals.

The playground, weather permitting, is anticipated to be complete by October 19th.

WAUSAU, Wis. (WSAW) — Wausau’s riverfront is getting some more upgrades. A new ropes course and play area are in the works.

The project, part of the ongoing beautification of Wausau’s riverfront, will include climbing rocks, fitness equipment, a ropes course, concession stand and a bath house.

“It’s a transformation of an area that used to be very blighted, everybody knew how it used to be. And it’s just something that’s really going to contribute to the future of our city and its success and our sense of being unique on the riverfront,” said Wausau Mayor Robert Mielke.

The project is being funded by both tax dollars and private donations. It’s set to open in the spring. 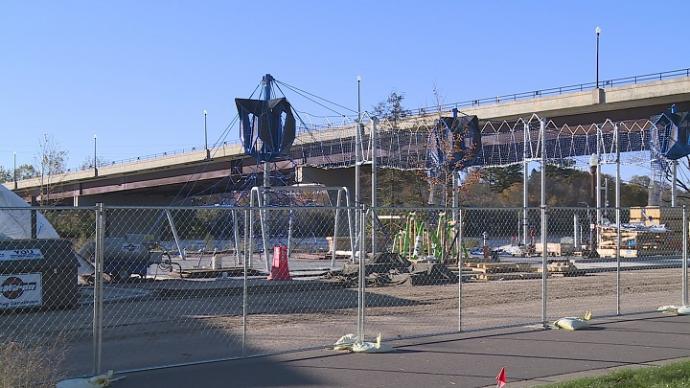 The completion of the Wausau Riverfront Project, including this video.  This playground design was more than two years in the making, and took us roughly 1,300 man hours to install and involved over 20 different companies.  The surfacing will be installed this Spring and then the park will have its grand opening ceremony (May or June). 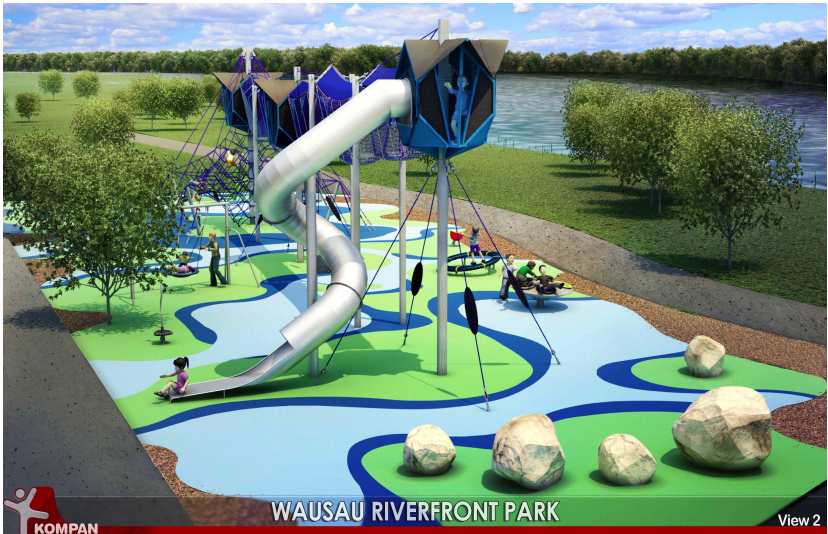